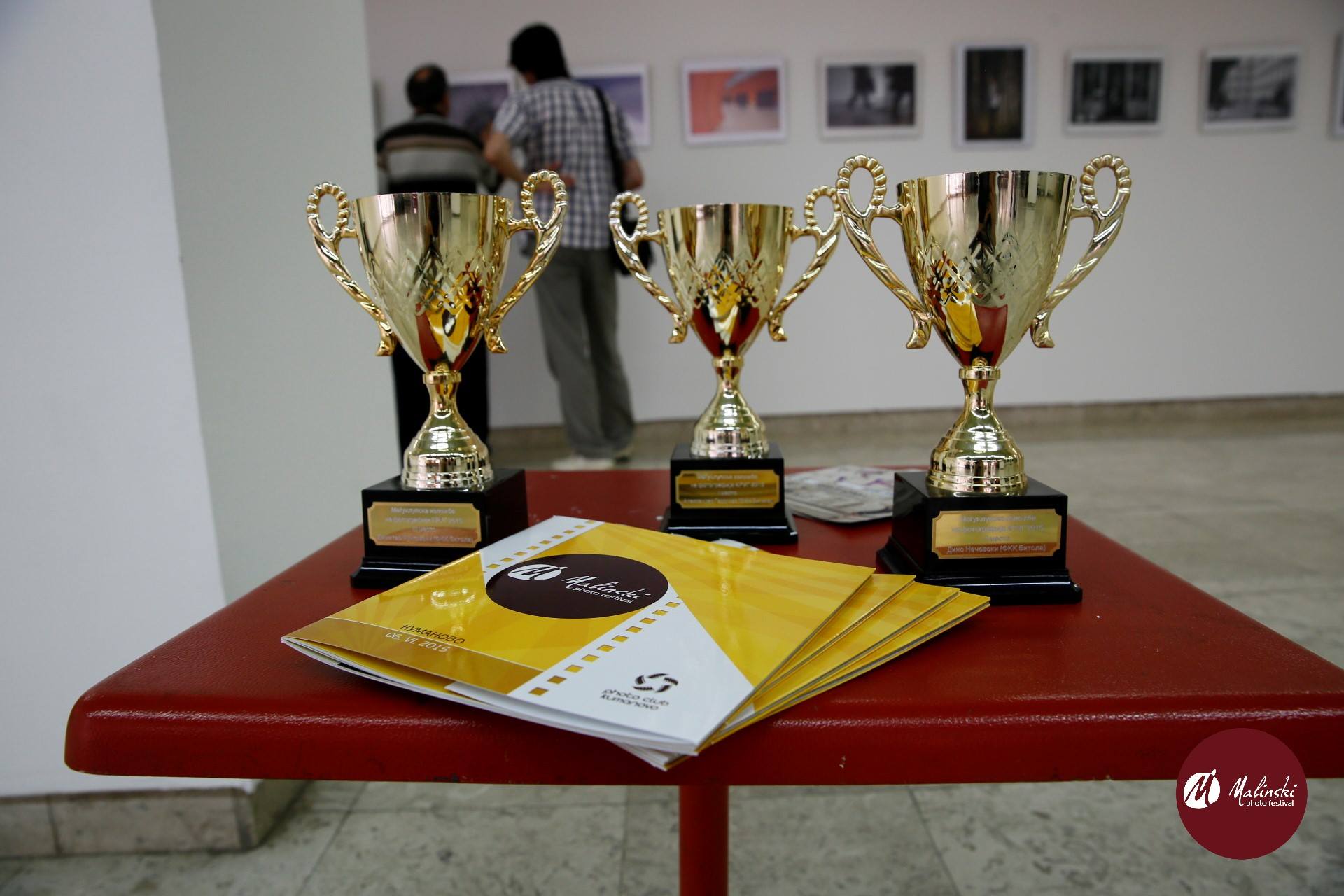 On June 6th 2015, Kumanovo was taken over by the Spirit of photography. With its second year in a row, photo club Kumanovo successfully accomplished it’s project “Malinski Photo Festival” the members of the club, with their ideas and creativity took equal part in the realization of this project, and akth open doors welcomed their guests. With over 300 exhibited photographs and with over 200 authors fdom local and worldwide lengths, became a result of the effort and selection process the members had put in, with a goal to present the guests with stunning photographs that will fit with everyones taste. This years festival held its opening in the Caffè bar Gallery in Kumanovo at 1 PM, where presented were 80 photographs from the “best of the best” on a worldwide rank. Malinski photo festival and the exhibition of miniature photography was Officially opened by Zaklina Stefanovska, member of the photo club and one of the organizers. In a warm ans loving atmosphere, welcomed were over hundreds of photography enthusiasts, and guests from Skopje, Prilep, Bitola, Kavadarci… And a few other guest out of Macedonia. The center for culture “Trajko Prokopiev” was ths following location where at 2 PM the inter club exhibition “Krug” was opened by Bozidar Barlakoski, member of Photo Club Prilep and selector for the exhibition. The best photographs were awarded with trophies and diplomas by the President of Photo Club Kumanovo, Sofija Petrovska. In the same building, was also the opening of the exhibition from the local High School “Nace Bugoni”. It was opened by the school principal, Lidija Markovska and the student mentor and art teacher, Tanja Solarska Temelkovski. The event continued to the Art Gallery in Kumanovo where the opening of Zoran Gjorgjevic took place, the exhibition had 50 photographs in black and white technique and a wide amount of categories. The exhibition was opened by the author and Marina Krstic, member of Photo Club Kumanovo and organizer of the event. Again on the same location, was the opening of the club exhibition “Tumba” where the members of Photo Club Kumanovo and this years photography students, presented their styles of Photography and gave the audience a taste of what they see as photography. In the town theater, the guests watched six photo projections from the following authors: Lily Markovic, Hulki Muradi, Rilind Hoxa, Aleksandar Naumcevski, Kiril Strkov and Ahmed Abdulazim. The projection presented a self experience for the viewers, in whixh through combination of photography and music, there was a different perception and emotion towards the art.

The opening of the exhibition from Predrag Popovski took place in the office of Photo Club Kumanovo, it was the last exhibition of the festival, with whom the festival was rendered finjshed for this year. The exhibition was opened by Maja Popovska, who pointed out that the artist presented 30 photographs, which represent a combination of his style of photography. And with that, for a successful second time and with the beginning of a very successful tradition, Malinski Photo Festival slowly, but surely will grow to be an event for which the town of Kumanovo will be mostly know for.