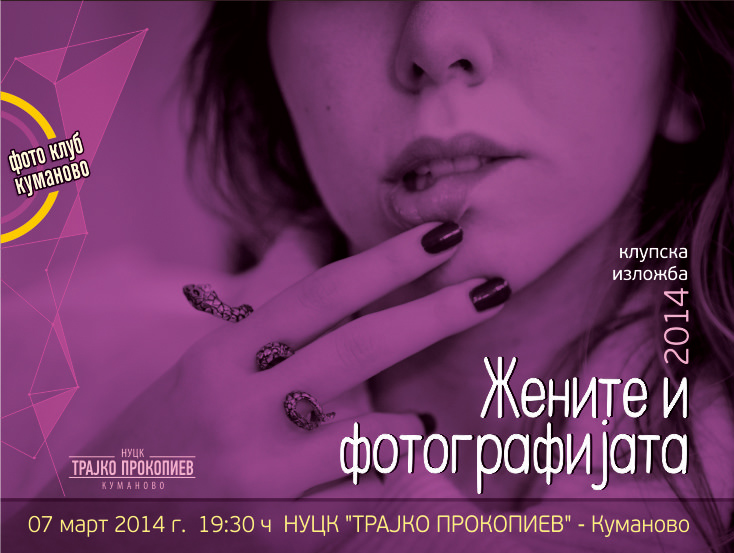 On March 7th in the gallery room of the Center for culture “Trajko Prokopiev” was the grand opening for the first club exhibition, entitled “Women and Photography”, which was organized by the newly founded Photo Club Kumanovo, which took on the name of its town. Although a young club, it holds very successful photographers from Macedonia and further out from around the world. In a relatively short time the club was able to take home a large number of awards. The exhibition counts up to about 40 photographs from 13 authors from the club, who tirelessly, shoulder to shoulder with the stronger sex from the club, creatively worked together. Women present motive to many poets, painters, writers, but when it comes to photography, not only do they serve as inspiration, but they actively take part in the process of creating those photographs and translating all that experience and knowledge towards photography as an art form. Women are more sensitive and more subtle than men and because of this they notice the details in the photographs much better than men do. This is a gift from nature and with a little dexterity to capture a better perspective, thus creating an excellent photograph. In photography there is no chivalry, so the colleague photographers started to understand women with a camera much seriously and take them on as serious competitors. Some still look at women with a camera in their hands as untrustworthy, some see them with admiration, but undoubtedly we conclude that they have a very important piece to play in the world of photography, leaving behind an erasable trail which is yet to be talked about.